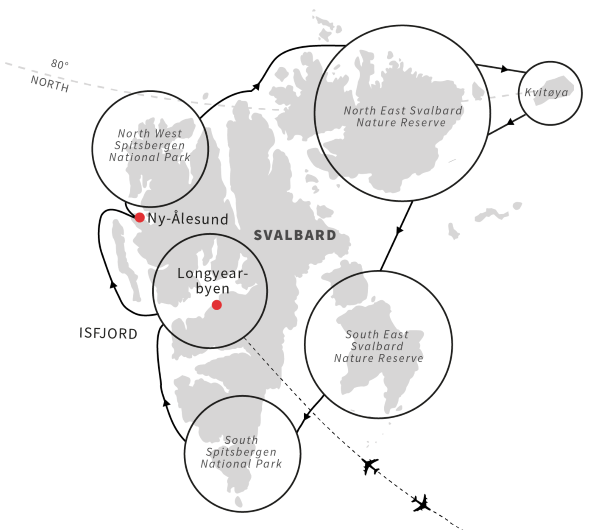 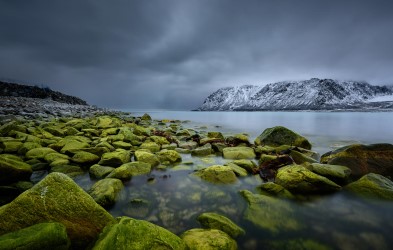 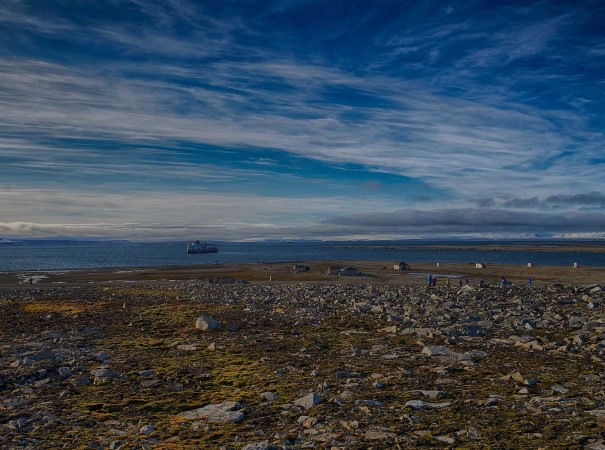 This ship has sailed 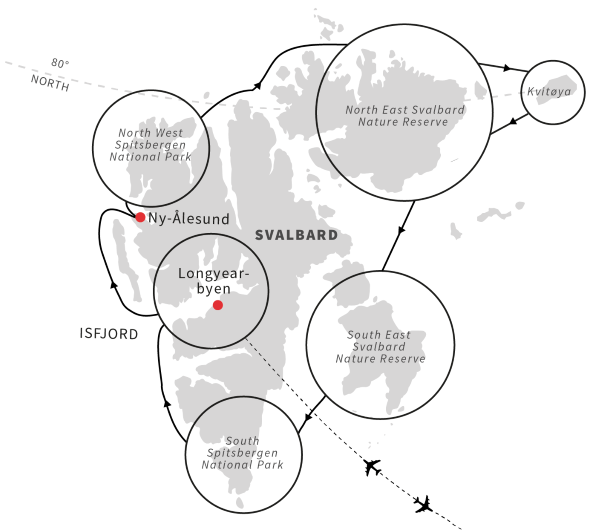 Check prices and availability
Photo: Stefan Dall
This epic voyage circumnavigates the large island of Spitsbergen in Svalbard. Explore glaciers, mountains and fjords in the west, and the barren High Arctic wilderness in the east. Enjoy expedition landings, hikes, kayaking and more in the largest Arctic wilderness in Europe.

This ship has sailed

This cruise has sailed! Don't worry, here are a few suggestions if you want to explore Svalbard with Hurtigruten.

This is an expedition where the elements rule, and the weather, wind and ice conditions will determine our final schedule. Safety is paramount and the captain will decide the sailing itinerary during the voyage. Therefore, this itinerary is just an indication of what you can experience, and why every expedition with Hurtigruten is unique.
Day 1 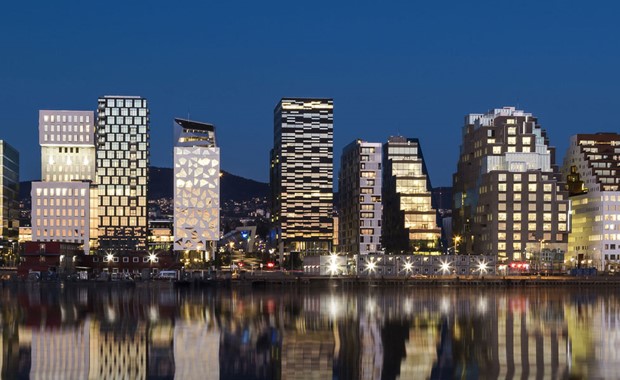 Your Arctic adventure starts with an evening flight from Oslo. Before departure, you can spend some time exploring this fjord-side city surrounded by forests, lakes and hills. Oslo offers interesting architecture, a strong café and bar culture, top-notch restaurants and endless shopping possibilities.

Then, set foot in an entirely different world when you arrive in Longyearbyen. This remote settlement on the edge of Arctic tundra offers all the amenities of a modern town, and the contrast is intoxicating.

Transfer to your hotel and overnight. 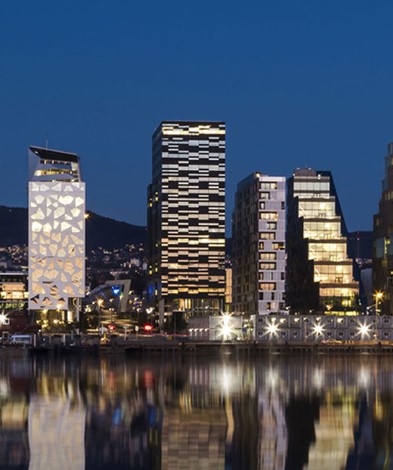 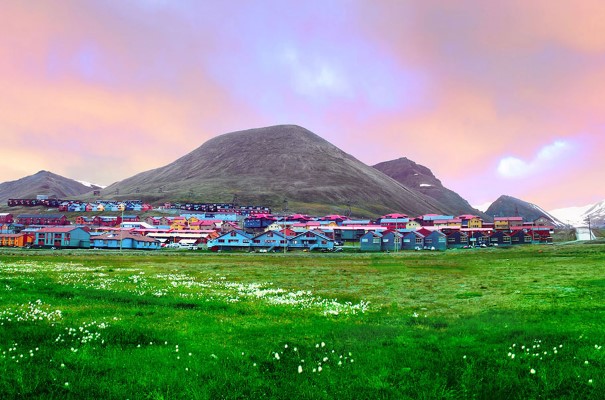 Longyearbyen
A civilisation in the Arctic desert 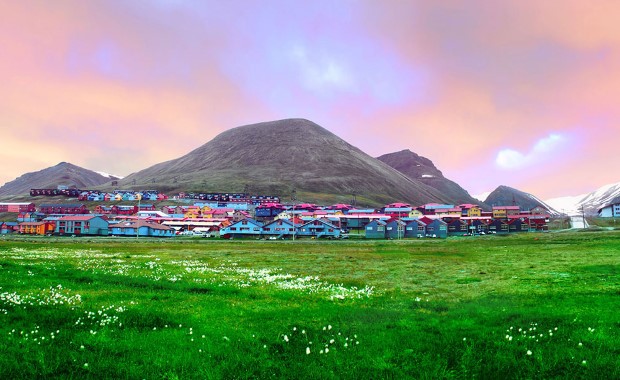 After an overnight stay in one of our hotels, you join an exciting excursion in Longyearbyen and the surrounding area. The influence of the Arctic environment on life here is obvious, but the settlement is also surprisingly cosmopolitan, with art galleries, pubs, long wine lists at restaurants, shops and a mini-shopping centre. The town is often called an antidote to modern-day life and is a prime destination for adventurers. In addition, the history and heritage of the first coal miners is evident everywhere.

The excursion ends at the pier where MS Spitsbergen is already waiting for you. 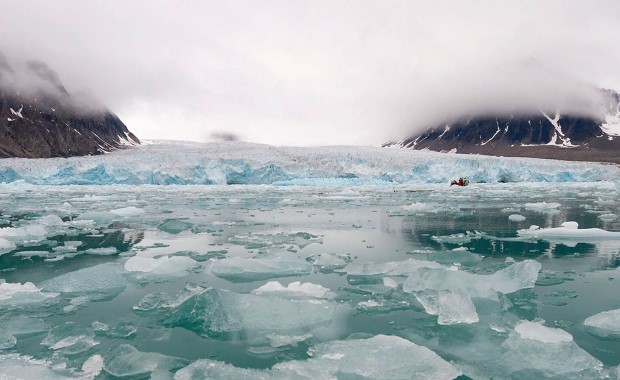 Kongsfjorden is considered to be one of the most beautiful fjord areas in Spitsbergen, with mighty glaciers calving icebergs into the sea, framed by dramatic mountain formations. As we sail northwest, we reach Krossfjorden and Mitrahalvøya, where you can see ruined buildings from the whaling period, beautiful alpine flora, bird cliffs and quite often, Svalbard reindeer. Try crossing a glacier with our Expedition Team. On our way back, we visit the former mining settlement of Ny-Ålesund, now an international centre for research, with a picturesque mix of old and new buildings. The North West Corner of Spitsbergen offers the largest concentration of graves, blubber ovens and other cultural treasures from the first inhabitants of Svalbard. Raudfjorden offers plenty of opportunities for great hikes. Hamiltonbukta is too shallow for our ship to navigate, but it’s perfect to explore by kayak. We will also see the enormous Monaco Glacier in Liefdefjord. 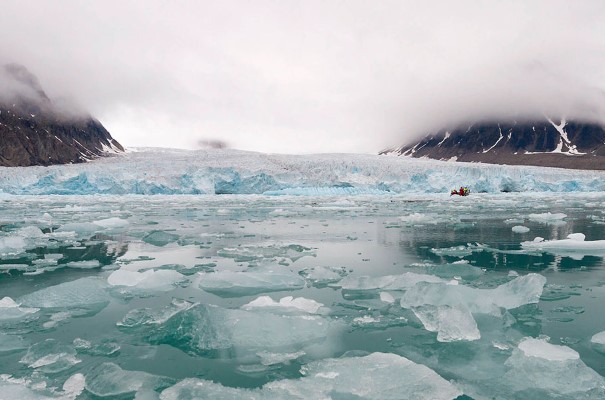 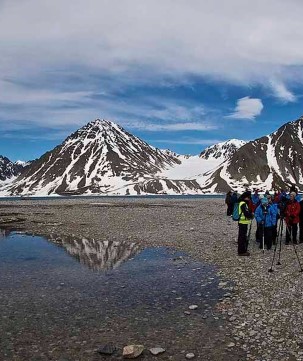 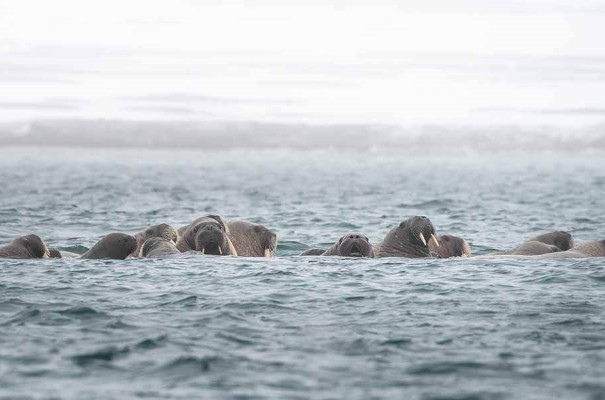 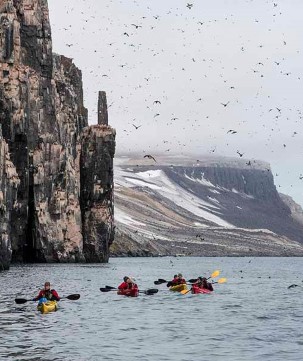 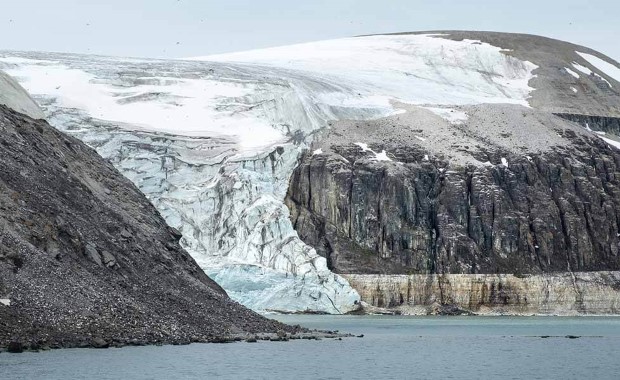 Eastern Svalbard boasts the highest population of polar bears on the archipelago – we have high hopes of seeing one on this journey!

We hope to sail by Isflakbukta and Phippsøya on our way to Sorgfjorden, which borders the North East Spitsbergen Nature Reserve. Sorgfjorden was the location of a famous 17th-century battle between whalers and features amazing wildlife spotting opportunities for walrus and birdlife.

Kvitøya, the easternmost island in the Svalbard archipelago, is 98 % covered by the Kvitøyjøkulen ice cap. We plan to land at the western point of the island where the remains of the Andrée expedition were found in 1930. This was a failed effort to fly over the North Pole in a balloon, the `Örnen´ (Eagle).

Edgeøya is the third-largest island in the Svalbard archipelago with a landscape that is largely un-glaciated, unlike much of Spitsbergen. Kapp Lee is a wonderful site where you will find cultural heritage from all eras of human exploration of Svalbard.

If we are lucky, we may meet some of the marine mammals of Svalbard as we head towards the South Cape Land. In winter Storfjorden is mainly frozen, making it a perfect polar bear habitat. We continue to the southern cape and the southernmost tip of Spitsbergen, where Hornsund has large variations in its landscape and geology within short distances. Ice being pushed into the fjord early in the season attracts polar bears to hunt on the floes.

The fjords of South-West Spitsbergen
Enjoy life in Arctic surroundings 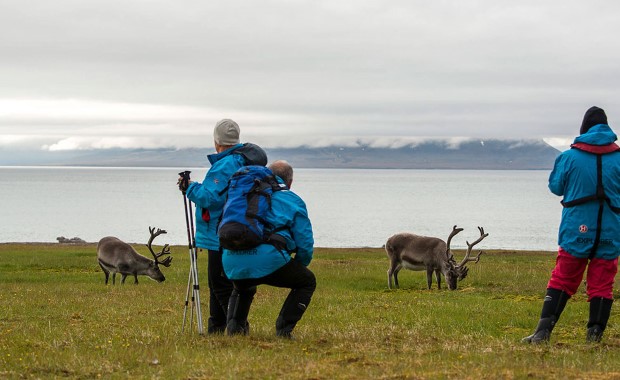 The region of Hornsund and the lovely formations around Burgerbukta are highlights of this day, as well as the rich whaling history of Bellsund.

As we make our way to central Spitsbergen, we encounter the Isfjord, the most prominent fjord system in Svalbard. We will explore both the outer and the inner parts of the fjord. One of the most striking features of the outer part is the Alkehornet peak, where thousands sea birds, including Brunnich's guillemots and kittiwakes nest during the summer season. In the inner parts of the Isfjord, the landscape changes constantly. Immense U-shaped valleys, carved out of the mountains by the giant glaciers that covered the area some ten thousand years ago, are home to large populations of the endemic Svalbard Reindeer.  There will also be an optional excursion to the Russian settlement of Pyramiden on offer. 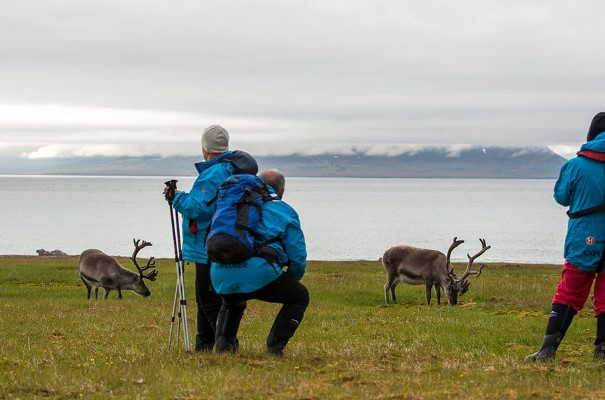 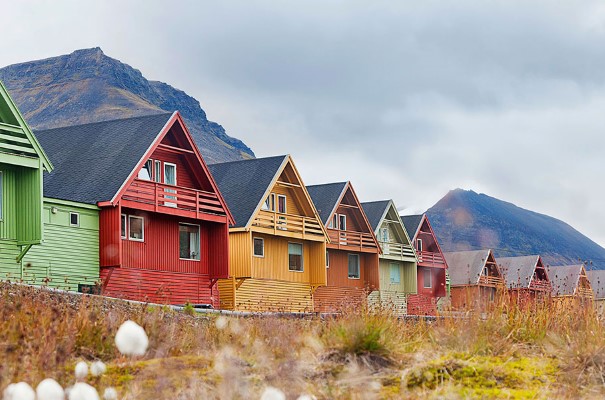 Longyearbyen/Oslo
The end of the voyage 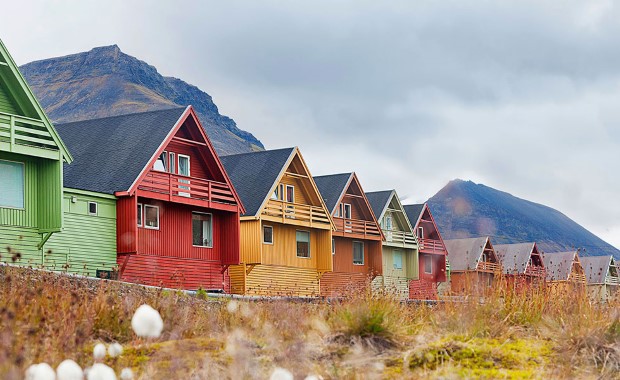 Every great explorer voyage comes to an end. We´ll look back on memories of calving glacier fronts or buzzing birdlife – or simply the subtle, elated feeling of having spent time on top of the globe, just a few hundred kilometres from the Geographical North Pole.  An early morning transfer takes you to the airport for your flight back to Oslo. 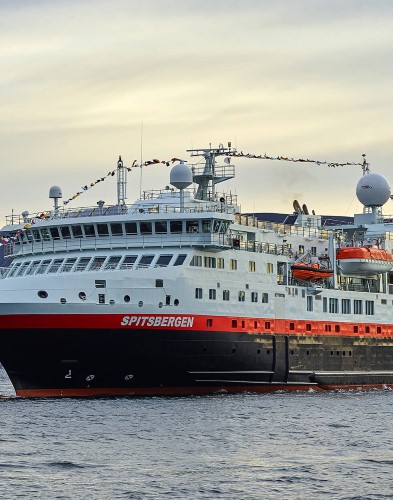 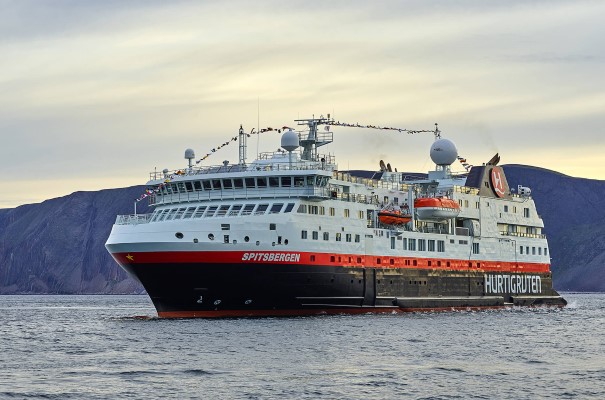 Everything you need to know about a cruise with Hurtigruten