– The mythical land of fire and ice 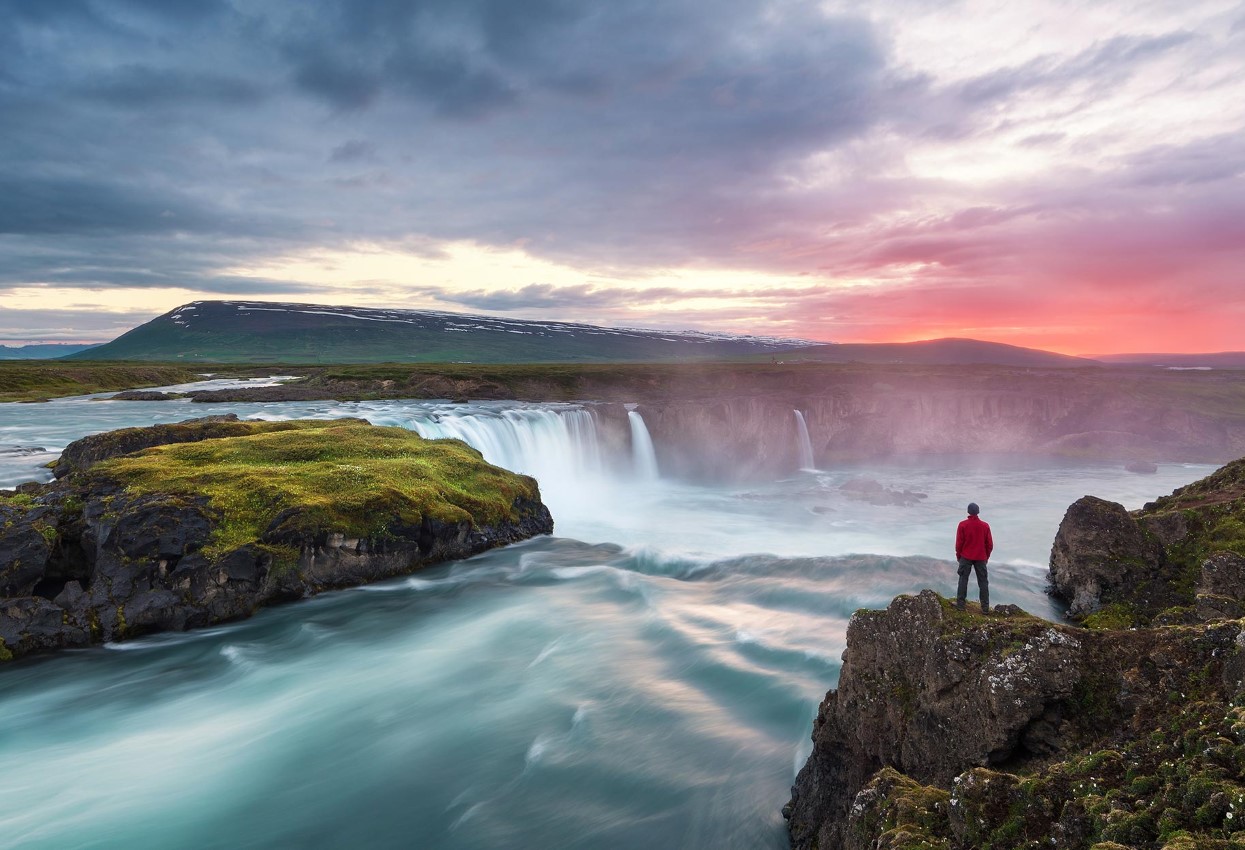 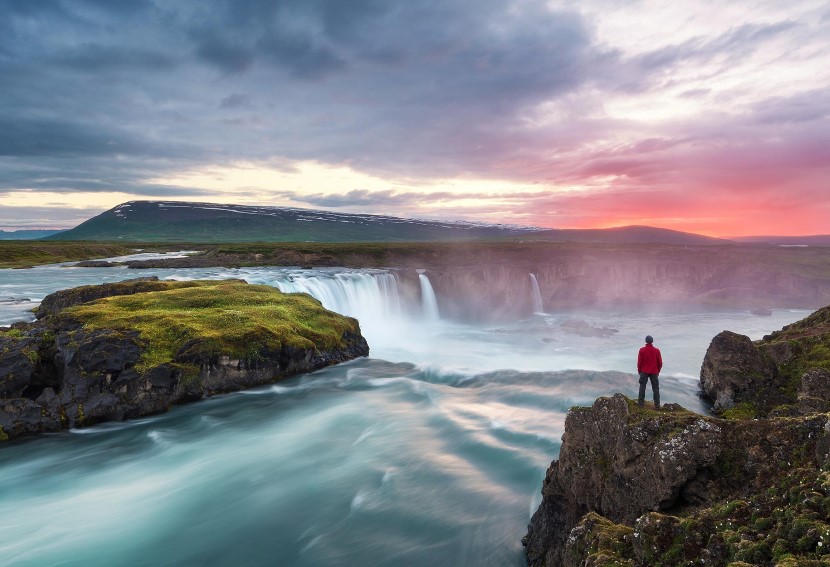 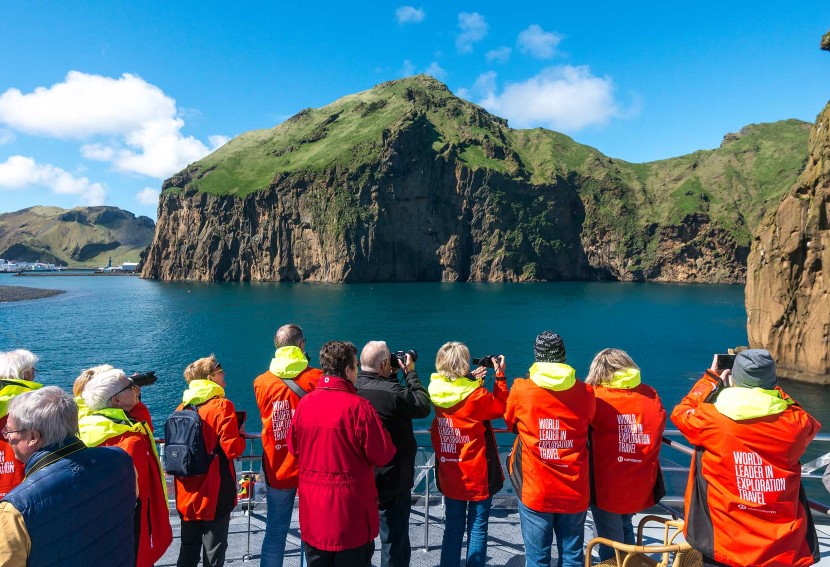 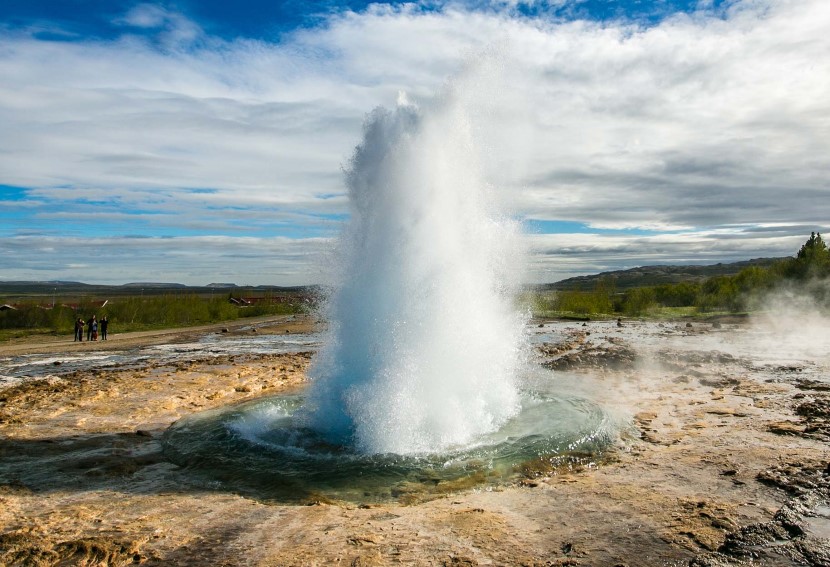 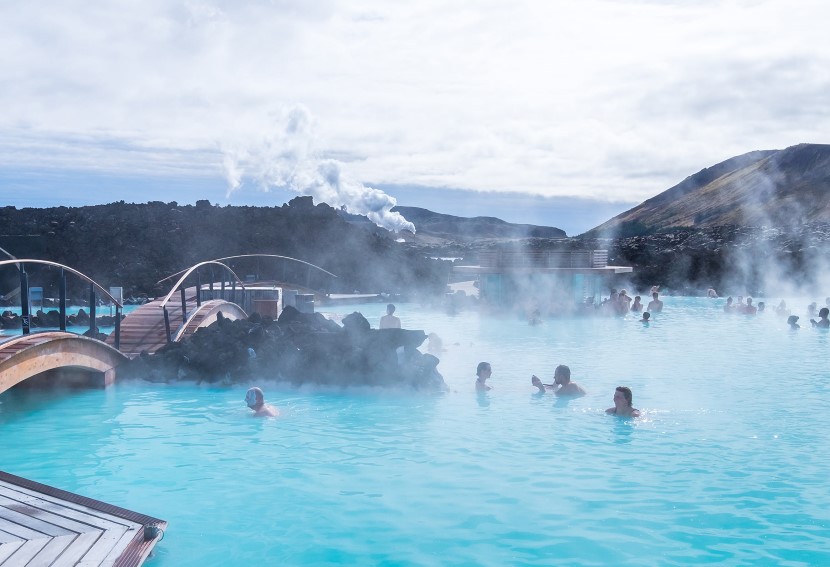 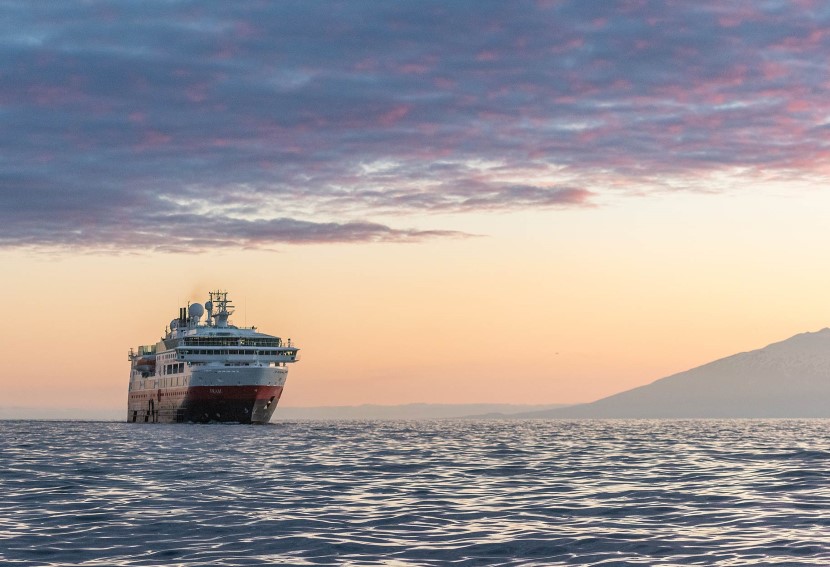 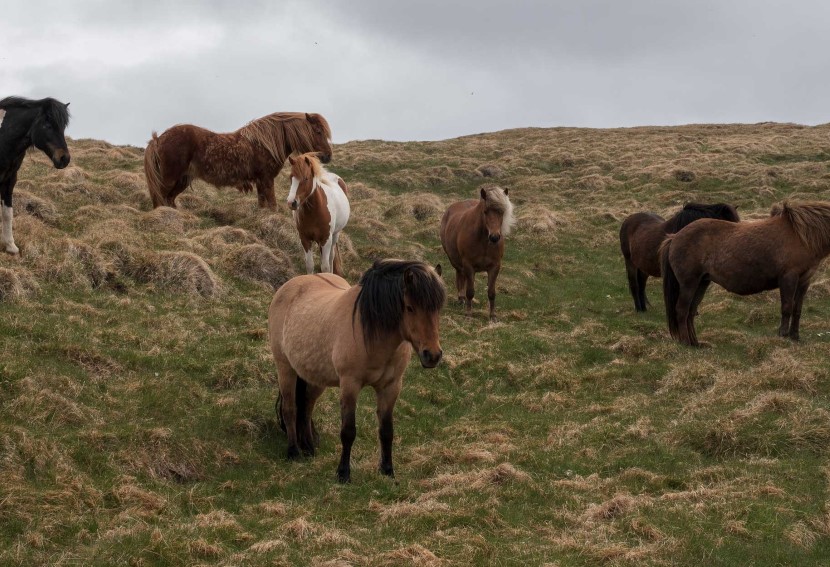 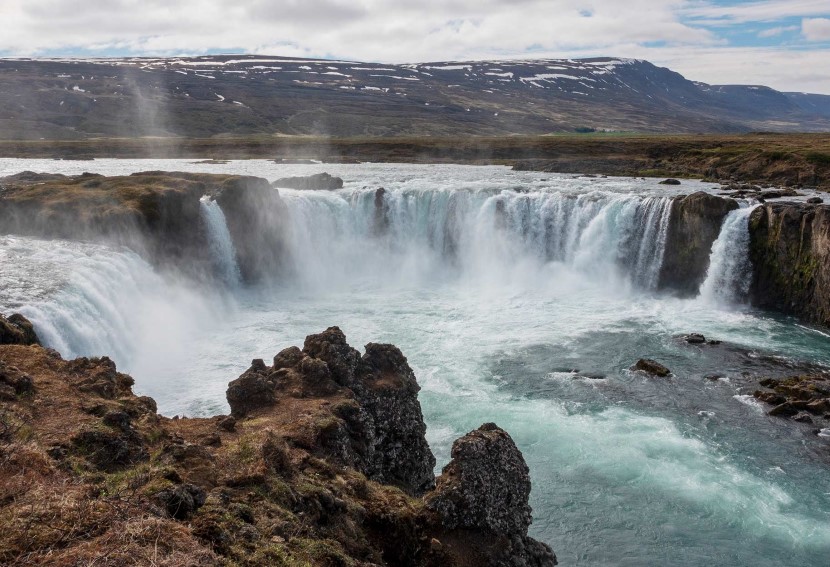 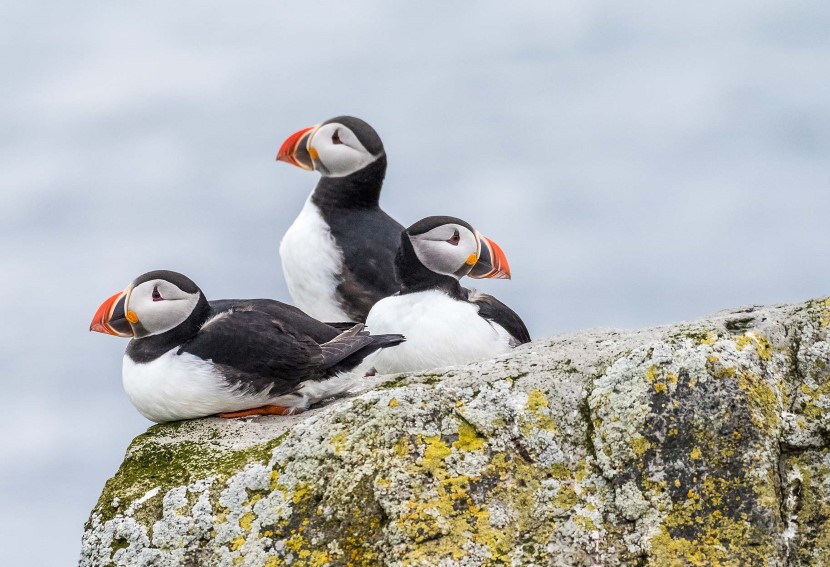 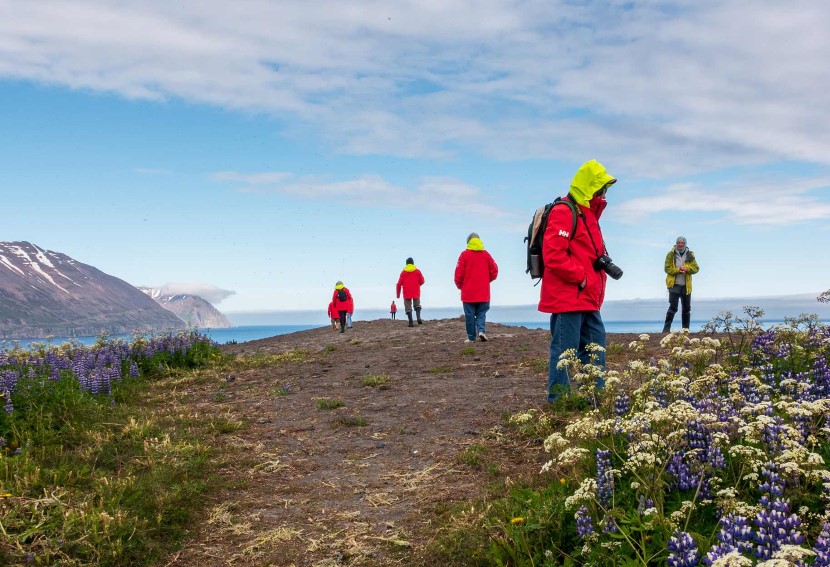 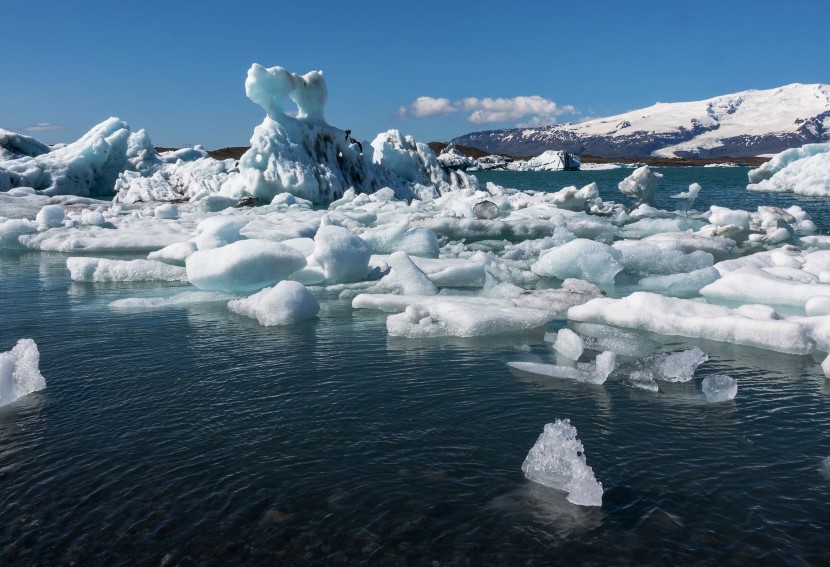 Want to go somewhere else?

The world's most unique destinations are waiting for you.

Discover some of the possible landing sites you may visit on an expedition cruise to Iceland.

Discover some of the possible landing sites you may visit on an expedition cruise to Iceland.

Sail with the experts

– Your Expedition Team in Iceland 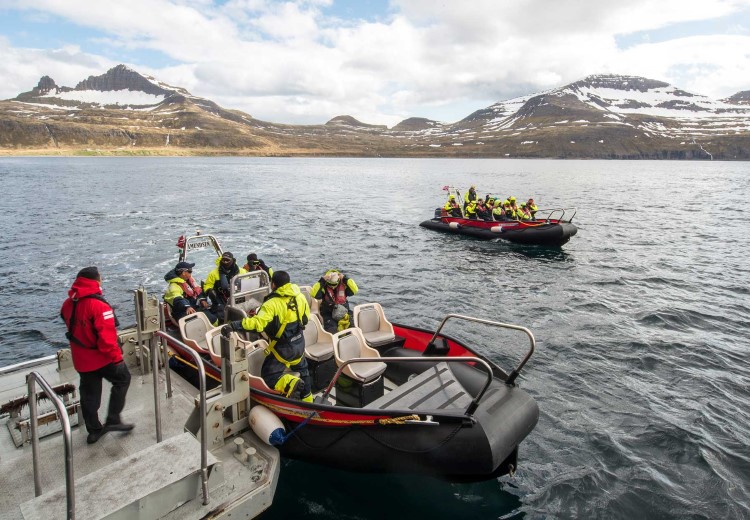 Our experts are here to safeguard both explorers and the pristine environment. They serve as your invaluable hosts throughout your expedition cruise.

During your discovery of Iceland, your Expedition Team will lead the way on short hikes and guided landscape explorations, flora and fauna spotting, cultural site visits, community walks and small boat cruises. 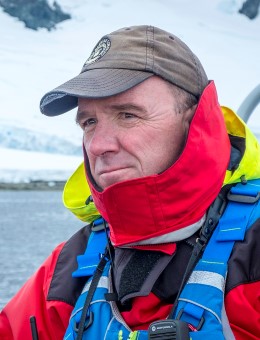 “Some of my favourite experiences on expedition cruises are getting sprayed by a humpback whale and sighting polar bears from a close but safe distance.” 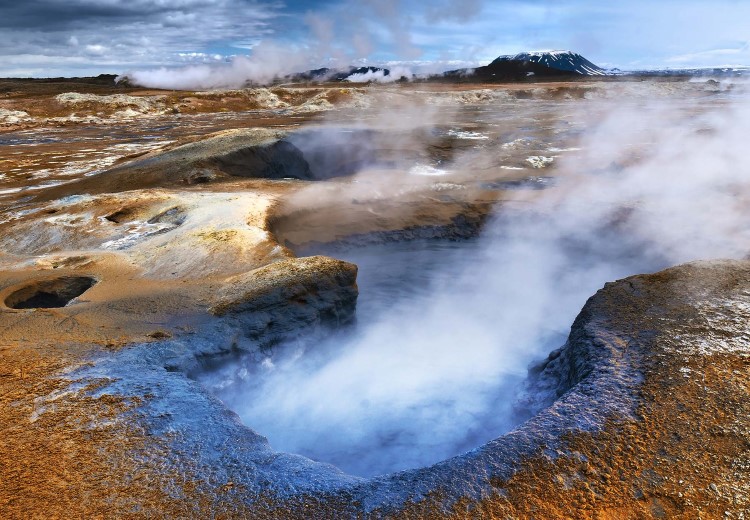 Mythical Iceland is the land of ice and fire, with glaciers and volcanos side by side. The nature offers stunning landscapes, geysers and impressive waterfalls. The contrasts are enhanced by long dark winters and summers lit by the midnight sun, as well as vast expanses of unspoilt nature at the doorstep of highly modern urban communities.

Located in the North-Atlantic Ocean close by the Arctic Circle, Iceland is very much a bridge between continents. By plane, Reykjavik is approximately five hours from New York and three hours from London. Like Norway, Iceland is blessed with the Gulf Stream providing a temperate climate, with refreshing summers and surprisingly mild temperatures in winter. 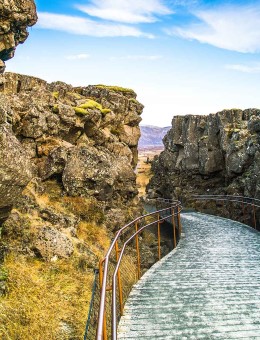 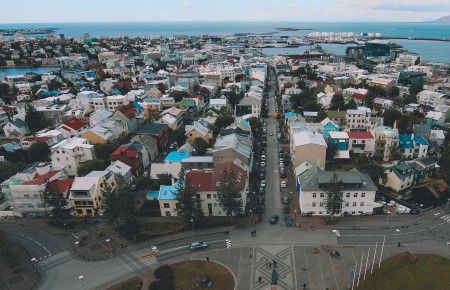 The culture of this 103,000 square kilometre island has been shaped by isolation and the forces of nature. The approximately 330,000 islanders all know their saga tales, and both in culture and language they have kept close ties with their Norse ancestry. The capital of Iceland, Reykjavik, has a cosmopolitan air about it, remarkable for such a small city. It is a hub for creativity and design, famous for its colourful buildings, urban modernity and pulsating nightlife.

With Hurtigruten you can choose from a range of expedition sailings to Iceland with excursions to active volcanoes, bright green valleys, glacier-carved fjords, black sand beaches and roaring rivers. You might even meet the Hidden People, the elves that are said to govern quite a lot of Icelandic affairs. 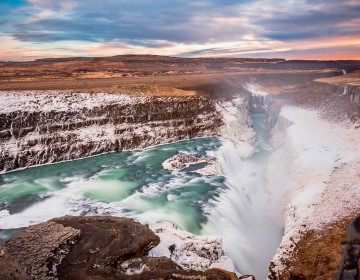