After a tour of the town of Bodø, visit the strongest tidal current in the world at the Saltstraumen maelstroms.

Today’s tour begins in the town of Bodø, just north of the Arctic Circle. With around 50,000 inhabitants, this is the second-largest town in Northern Norway. From there, we’ll continue on to Saltstraumen, passing fantastic scenery on the way.

Saltstraumen has existed for about three thousand years and has never failed to amaze its visitors. Here, the water speeds reach up to 20 knots, and up to 400 million cubic meters of seawater forces its way through the 150 metre-wide strait every six hours.

After you’ve admired the strongest tidal current in the world, you’ll be given a box of salt flakes produced here. It takes 48 hours to separate the unique minerals from the water. Just like snow crystals, salt crystals are unique, shaped by the combination of water temperature, season, and humidity at Saltstraumen. Take the salt back home with you and impress your friends with an Arctic addition to your cooking. 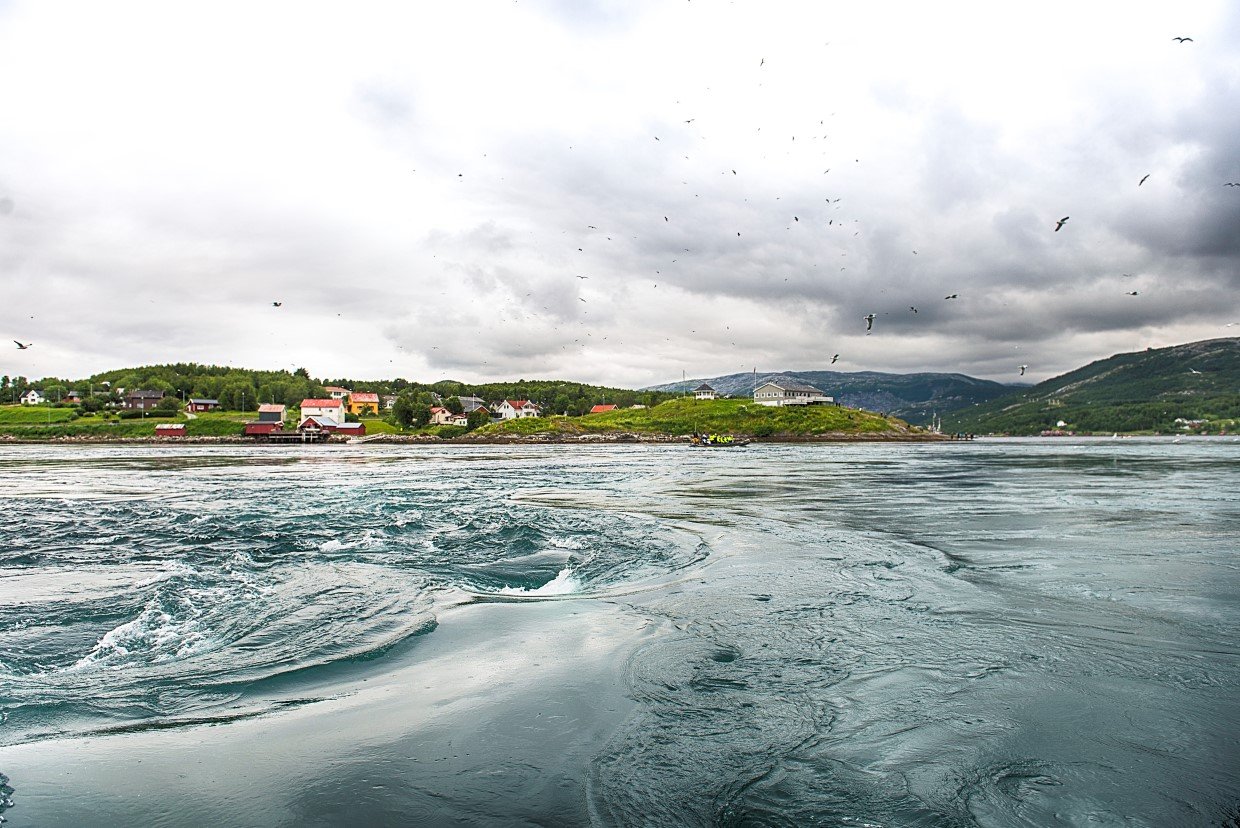 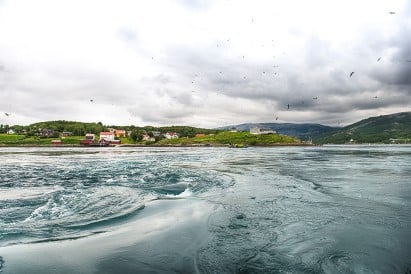