Take a bus tour of Trondheim, an ancient city rich in history and culture that also serves as one of Norway’s major academic and research centres

Founded as early as 997, this age-old Viking capital is full of culture and history, but it has also established itself as a leader of innovation and Norway’s centre of knowledge.

A bus tour of Trondheim brings us past the former capital’s beautiful red city bridge and old wooden wharf buildings of the Bakklandet neighbourhood that have stood along the Nid River since the 18th century.

We’ll then enjoy the magnificent panorama of the bustling city from Utsikten viewpoint which overlooks nearby Kristiansten Fortress and gives view of Munkholmen island in the fjord.

Next stop is Nidaros Cathedral, Norway’s national shrine. Built over the tomb of St. Olav in 1070, it boasts stunning architecture and ornate Gothic-style decoration carved masterfully into the stone. After a fascinating guided tour of the cathedral, you’ll pick up a complimentary book about Norway’s Notre Dame to take home as a souvenir. 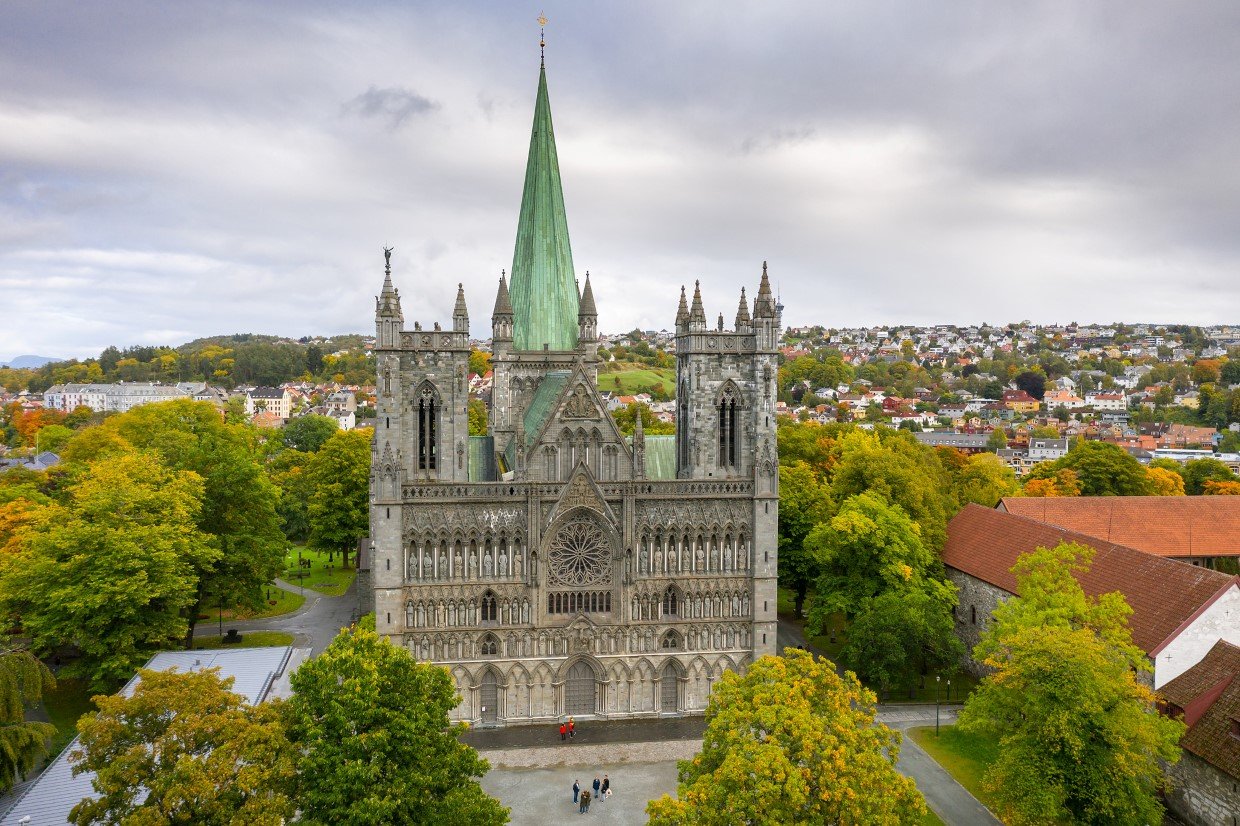 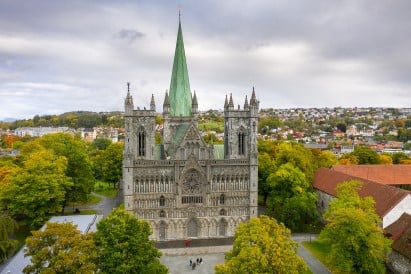