King of the Ice – the Svalbard Polar Bear

The Arctic Circle is the only place in the world where you can see this magnificent creature in its natural habitat.

There are several countries that stretch north into the Arctic Circle, but the Norwegian Svalbard Islands — just 1,050 km from the North Pole —  are in the top three places on the planet to spot the polar bear.

According to the Norwegian Polar Institute, the population of the Svalbard polar bear is now 3,500. On the largest island, Spitsbergen, polar bear numbers have been steadily growing in recent years. This is good news, because in 2008 the creatures were listed as a threatened species due to the potential loss of their habitat. 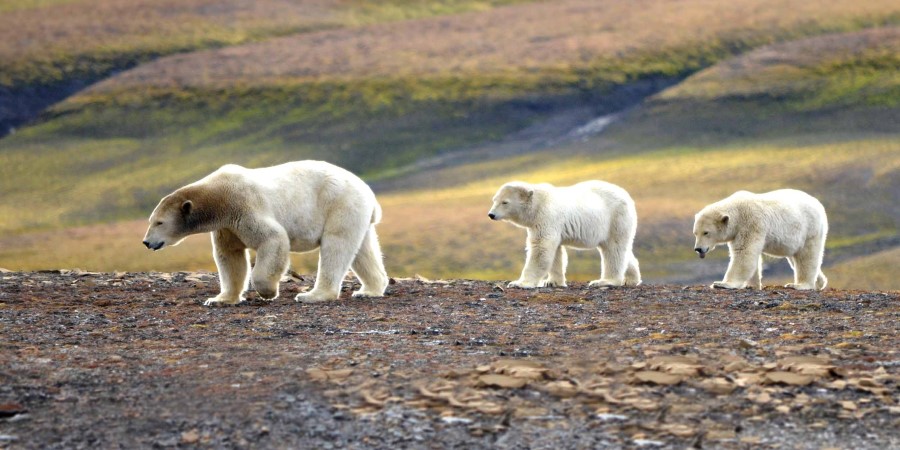 The Latin name for polar bears is "ursus maritimus," which means sea bear. In Inuit mythology, the polar bear is called Pihoqahiak, the "ever-wandering one." Read more

Polar bears appear to be white, but underneath all that fur they’re actually black! The fur itself is translucent, so it looks white as it reflects the light of the Arctic ice. Unlike their land cousins, polar bears are classified as marine animals. This is because they spend most of their time not on solid land, but on the frozen flats of sea ice where their food supplies are found.

Polar bears have an extraordinary sense of smell. They can smell prey from over a kilometre away; this comes in handy when they need to find the breathing holes used by seals. Their sense of smell is so keen, they can even detect a seal when it’s a metre under the compacted ice and snow. A polar bear will wait a long time for a seal to come up for air!

Polar bears are always seen above ground, but they can actually swim for days at a time to reach another ice flat. They have very large paws to help them swim, while their hind legs act as a rudder. They can reach speeds of 10 kilometres per hour over long distances. 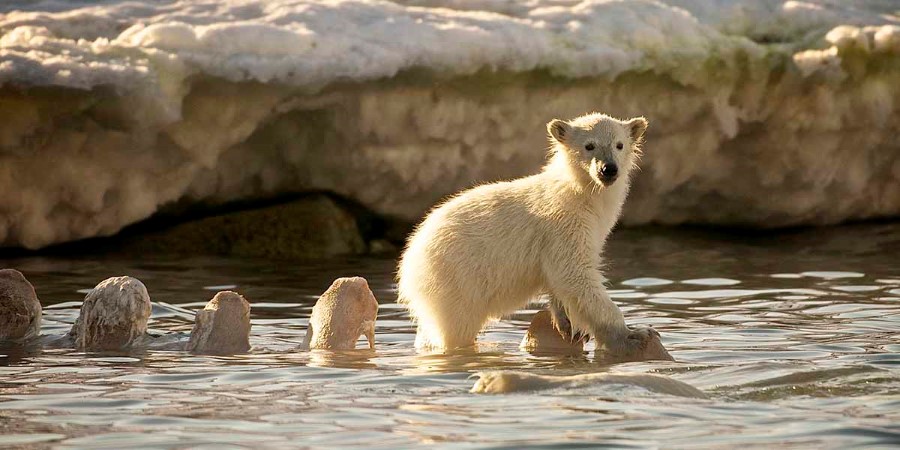 In Search of the Great White Bear

Up until 1973 men hunted mercilessly for polar bears in the Arctic. Today, the only hunting we do for this symbol of the climate crisis is with binoculars and cameras.

Where and When to Spot the Spitsbergen Polar Bear

The largest populations of Spitsbergen polar bears live on the colder eastern side of the islands. During the long winter months when the entire archipelago freezes over, the polar bears travel far out onto the frozen seas but, of course, the polar nights don’t make for the best viewing conditions.

Due to the constant daylight hours in the summer months, the best time to view polar bears on the Svalbard Islands is from June to September. The sun doesn’t set below the horizon for up to four months and the Arctic ice naturally starts to slowly melt. This means polar bears accumulate on the remaining ice packs and the area is much easier to navigate by boat, making them easier to spot.

Even though the population has grown in Spitsbergen, polar bears are still considered a species in decline, globally. Climate change means that there’s a longer melting period and this affects the ice forming. This pack ice is prime hunting ground for polar bears and while their hunting habitat is at risk, there’s a threat to their survival. 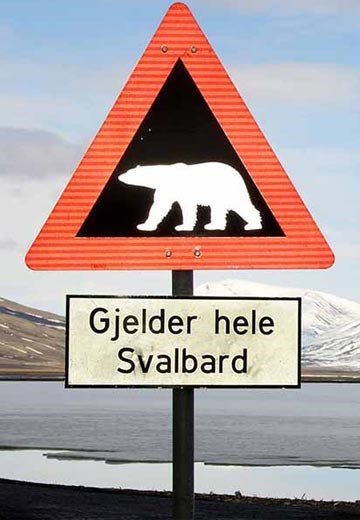 See the polar bear on a cruise with Hurtigruten

There’s never been a better time to visit the pristine Arctic wilderness and see these furry mammals for yourself. The special sight of a Svalbard polar bear roaming in its natural environment is a memory you’ll keep forever.

Hurtigruten offers a wide range of cruises to Svalbard, including:

SEE ALL CRUISES TO SVALBARD