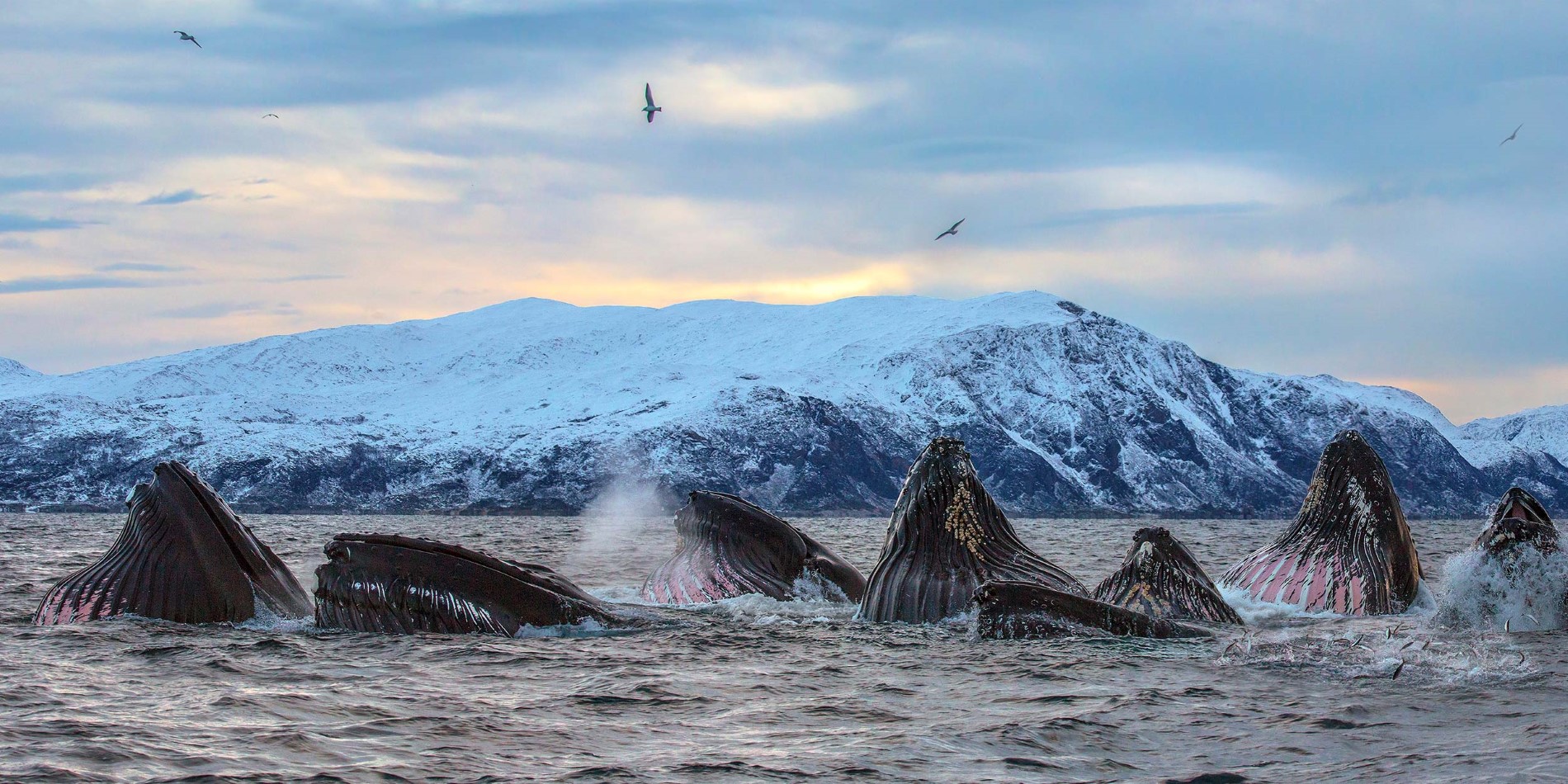 These giants of the ocean visit the Norwegian coast every year Photo: Audun Rikardsen Photo

The undisputed kings of the sea.

The whale has been mystified in literature, some species have been hunted to the brink of extinction, and it has been the object of true fascination for seafarers and adventurers all over the world. On Hurtigruten, you may encounter whales while sitting on deck in the fjords of Northern Norway, on a whale-watching excursion or even see them from a kayak,  on an excursion as close to the water you can possibly get without actually jumping in.

Broadly divided in two groups, the toothed whale feeds on larger prey such as fish and squid, and the Killer Whale even hunts seals. The baleen whales are filter feeders, catching small prey using special sieves in their mouths called baleen.

Most of the whales are migratory, heading to tropical waters during the Arctic and Antarctic winter. Here they give birth, before they return to colder waters in the spring with their calf.  A young calf will accompany its mother for several years on the annual migration and females will not mate again until their calf is independent.

Of around 75 species of whale, five have been severely over-hunted and twelve are considered to be at risk. The minke whale, however, which has been an important part of Norwegian coastal tradition and livelihood, is hunted sustainably. This is the smallest of the baleen whales and reproduces faster than any other whale species.