The largest island in Canada awaits at the entrance to the Northwest Passage. It is a marvel of fjords, mountains, and polar wildlife, and an epic destination all on its own.

Remote and virtually untouched, the world’s fifth largest island is quickly gaining a reputation as one of the best places in the Arctic for expedition travel. Here’s a brief introduction to Baffin Island and five reasons why it should be on every explorer’s list.

Where is Baffin Island?

Baffin Island sits above the Arctic Circle on the easternmost edge of the Canadian territory of Nunavut, close to southeast Greenland. A vast, wild, and sparsely populated area, it is the cornerstone of the sprawling Canadian Arctic Archipelago. One possible route when attempting the legendary Northwest Passage starts from Greenland, crosses Baffin Bay, and enters the passage via the northern part of Baffin Island.

When is the best time to go?

Late August is the best time to visit. The weather in Baffin Island remains relatively mild with an average temperature of 40°F (7°C). It is one of the few months in the year when much of the sea ice has thawed, allowing access to more areas of the island. Sightings of migratory seabirds and other wildlife are high, often together with their young. Being past the peak of summer, rather than a 24-hour Midnight Sun, you’ll get to enjoy stunning sunsets instead. And while there are no guarantees, the aurora borealis has also been known to start gracing the night skies as early as September and even August.

Why go to Baffin Island?

There are five main aspects that beckon intrepid travellers to its shores: the landscapes, the wildlife, the culture, the history, and the sheer adventure.

Towering mountains as high as 7,000 feet (2,100 metres) form the backbone of the island’s geography along the north-eastern coasts. This is also where two of Canada's largest national parks are found. Auyuittuq, meaning "the land that never melts", lies on the island's eastern Cumberland Peninsula, and Sirmilik, the "place of glaciers", in the northwest. True to their names, these areas, as well as much of the rest of Baffin Island, are a wonderful combination of spectacular fjords, numerous glaciers, steep granite peaks, and limestone cliffs.

The dramatic landscapes create ideal habitats for a range of Baffin Island wildlife. About 60% of the world’s polar bear population live in the Canadian Arctic, so there’s good chances of spotting one. Ashore, you might also see caribou, hare, fox, lemmings, and even the tundra grey wolf endemic to Baffin Island. There are over 100 bird species, including snowy owls, falcons, hawks, ptarmigans, and puffins. The world’s highest number of unicorn-like narwhal live and thrive in the waters of the north coast, alongside walrus and seals.

Most of the 13,000 population live in the capital of Iqaluit with the rest in close-knit communities further afield, such as Pond Inlet, Cape Dorset, and Kimmirut. Warm and friendly to those that earn their trust, the majority of the people are Inuit descendants of tribes that date back 3,000 years. Visit local museums to learn about their rich history and chat with the many modern artisans keeping ancient traditions alive. Nunavut province has the most artists per capita in the world, recognised internationally for stone carvings, hand-sewn tapestries, and landscape art.

Although named after English explorer William Baffin, it is likely that the island was discovered long before by Viking explorer Leif Eriksson. Many mountains are even named after Norse gods, such as Mount Odin, the highest on the island. Many historic expeditions looking for the Northwest Passage also set foot on the island’s shores. For example, the Fury and Hecla Strait takes its name from the two ships led by Sir Willian Parry during his 1822 expedition. Similarly, nearby Beechey Island is the solemn resting place for three members of the ill-fated Franklin expedition.

Historic expedition after historic expedition landed on Baffin Island, searching for the fabled yet elusive route that would connect the two great oceans. The same sense of adventure still draws the intrepid today, eager to explore the rarely visited areas of the Canadian Arctic. Sheets of sea ice remain in summer, sometimes too thick to cross even for modern ice-breaking ships. As every expedition member knows, nature calls the shots, not the other way around. After all, an expedition wouldn’t be as exciting without encountering and adapting to the unpredictable elements.

For these reasons and more, Hurtigruten will attempt our first ever circumnavigation of Baffin Island from late August to early September 2021. We invite all those inspired by the expeditions of old to join us on this epic voyage. It will surely be a journey to remember. 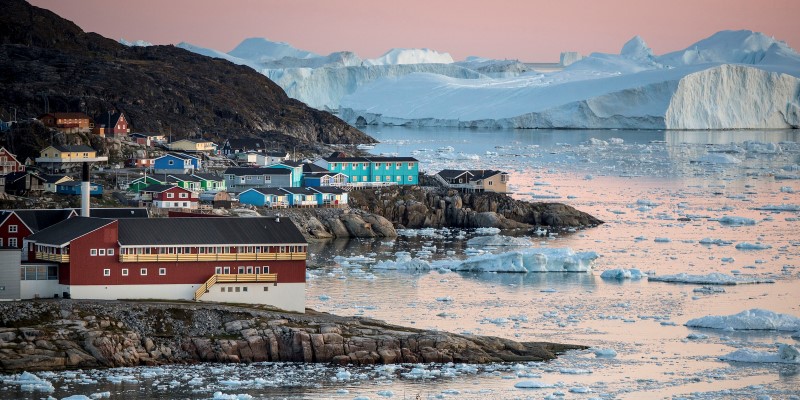