The most remote continent on Earth is unlike anything you've ever experienced. Here's all you need to know before travelling to Antarctica.

No matter where you have been and what you have seen on previous travels: the frozen continent of  Antarctica is different from anything on the planet. A huge cold-water current encloses this isolated continent. Here, in the midst of the great white open, you will find nature at its most sublime and haunting.

Roughly twice the size of Australia, the southernmost continent is the fifth largest with its 14 million square kilometres of land mass. Most of this - 98% to be precise - is covered in ice. As a result, there are neither permanent residents nor native inhabitants in Antarctica. However, about 4000 people stay on scientific bases in the short summer period and around 1000 in total during the winter months. Additionally, around 30 000 tourists visit during the Antarctic summer from December to March.

Surprisingly for some, the area is teeming with life. Antarctica is home to millions of penguins, is the feeding area for thousands of whales in the Austral summer, and is a continent dedicated to science and peace. The continent is protected by the Antarctic Treaty of 1959 – however, pre-treaty, eight nations made claims to portions of Antarctica – Norway has the second largest claim, second only to Australia.

Antarctica is in all aspects isolated from the outside world and travelers will understand what this means when they experience “the windiest, the coldest, the driest, and the highest continent”.

Someone once said: “The person who is able to express the feeling of being in Antarctica in words has probably not been there.”

Previous Next
15 Interesting Facts About Antarctica

Despite being almost entirely covered in ice, Antarctica is, by definition, a desert. A desert is generally categorised as a place that receives less than 254 mm of rainfall a year . With Antarctica receiving only 166 mm annually , it certainly fits the bill. Read more

Nature, climate and weather in Antarctica

Being the coldest place on Earth, Antarctica supports no terrestrial mammals – there are no trees or shrubs, and only two species of flowering plants: Antarctic hair grass (Deschampsia Antarctica) and Antarctic pearlwort (Colobanthus quitensis). The sea is what supports most creatures, such as penguins and seals.

On the Antarctic Peninsula, two days of sailing from the tip of South America, the temperatures average 0-5 degrees Celsius during summer. But you can expect periods of high winds when in Antarctica - cold air travels down the glaciers and ice-shelves. These are called katabatic winds and can occur when you least expect it.

However, being one of the driest places on earth, Antarctica does not see a lot of rain. In fact, more rain falls every year on average on the Sahara Desert than on the icy, wild-blown desert of Antarctica. What little snow happens to fall doesn’t thaw in the freezing temperatures and is often blown away by strong winds – it simply creates further ice sheets and ice shelves. 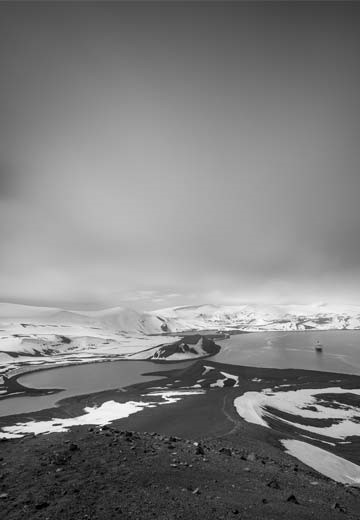 Antarctica is so different from anywhere else on Earth that it can feel like a foreign planet. Among the characteristics of Antarctica that make it so incredibly unique are...

Reasons to travel to Antarctica

1. Adventure
What can be more adventurous than exploring one of the most untouched places on the planet? A trip to Antarctica is a non-stop journey of unforgettable experiences.

2. Part of history
Because Antarctica is so isolated and has such extreme weather, very few people have ever visited the continent at all. As opposed to visiting an established destination, you are now part of the story, witnessing the grandeur first hand.

3. Another world
Gabrielle Walker, an environmental scientist in Antarctica, describes the continent as being almost alien: "The first time I went there it was like walking on another planet. It's just ice and rock - no trees, no plants, no anything else." 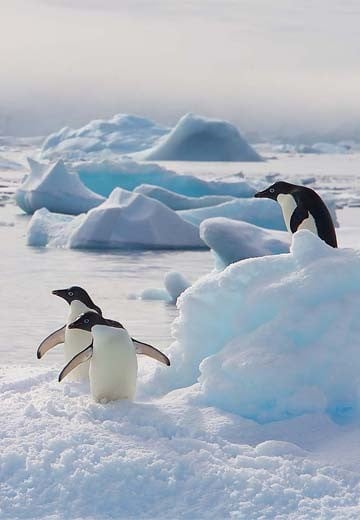 In Antarctica you will see thousands of penguins eagerly nesting and feeding during the short summer months. There is a rich variety of mammals. As they have not been hunted for decades, most species are more curious than afraid of humans. There is also an abundance of birds, with the mighty Albatross as the king of the sky.

During the austral summer, its shores are a feeding ground for thousands of whales. You can also see the torpedo-like leopard seal patrolling the shorelines, and the singing humpback whale as it acrobatically breaches the water.

Keep reading: The Wildlife in Antarctica

How to get to Antarctica - and when to go

The most common way to get to Antarctica is by cruise, often starting in Ushuaia, Argentina - the southernmost city in the world. Many cruises to the Antarctic Peninsula also include stops in the Falkland Islands or South Georgia.

Cruising season starts when it's possible to navigate through the ice, just before the Antarctic summer; the first sailings happen late October, while the last expedition usually takes place in March.

How to choose the best Antarctica cruise

What are you thinking of when you picture your Antarctica cruise? Pure wilderness, spectacular landscapes, a true sense of adventure and that same intense allure of the unknown that has drawn explorers here for almost 200 years. But how do you choose the best cruise experience? Read more

Given its isolation, the Antarctic environment is probably the most pristine natural environment on the planet. For visitors this fact comes with a set of obligations – the most important and general is to leave no traces behind.

However, guests are welcome to go ashore on dedicated landing sites in Antarctica. The Antarctic Treaty and IAATO prohibiting more than 100 people to be ashore simultaneously strictly regulate human traffic in Antarctica. All guests will be given instructions on how to behave when on shore in Antarctica.

See all cruises to Antarctica with Hurtigruten
Previous Next

3 things you need to know about cruising with Hurtigruten

Sailing in such pristine surroundings naturally comes with a huge responsibility. Hurtigruten is committed to the highest standards of seamanship and an environmentally friendly operation. Our activities and reputation rest on our long tradition and experience when it comes to exploring polar waters.

2. A variety of ships and itineraries

With Hurtigruten you can choose among a variety of expedition sailings on MS Midnatsol, the smaller MS Fram, or the newest of our fleet, MS Roald Amundsen and MS Fridtjof Nansen.

3. On an expedition with Hurtigruten, no cruise is ever the same

Each Hurtigruten Explorer voyage is unique and our schedule is dictated by the elements. Although landing sites are always carefully planned in advance, our itineraries are only indicative of your voyage.

10 reasons why you should travel to Antarctica with Hurtigruten

I traveled with Hurtigruten on a 20-day Antarctica cruise expedition and it has been the best trip that I have ever done in my life! Sure enough, I was more than happy that I have chosen Hurtigruten because they were exactly how I expected them to be — and more. Read more

Antarctica - no permanent human inhabitants, millions of penguins, feeding area for thousands of whales in the Austral summer and a continent dedicated to science and peace. Nevertheless – Words simply does not describe the feeling of being on the Great White Continent. Video: Asgeir Helgestad
See all cruises to Antarctica with Hurtigruten